Many of us, especially those who care deeply about the natural beauty and majesty of Earth’s environment, have the clear impression that the future of our planet is at risk because of human pollution.

This impression is not quite correct.

The future of our planet is not dependent upon what we are doing to our land, waters, and air. We are what is at risk. “We” refers, not only to the human species, but to all plant and animal species inhabiting this planet today. Regardless of what humans do, Earth will continue spinning along for billions of years. Our putrid pollution and global warming are merely the phlegm and fever of a head cold to the health of our planet. If we detonate every atomic weapon we have stockpiled over the past 75 years, it will cause only pinpricks in Earth’s epidermis. If we use all the oil reserves of the planet to plasticize our oceans, it will not alter the orbit of the third rock from the Sun.

We are not destroying our planet. We are destroying the current environment in which humans and our sister beings can survive and thrive. By continuing to purchase and throw away everything we can, we are committing genocide of our species and nearly all other cohabitating species as well. A century or twenty later, planet Earth will still be humming, as though we were never here. The dust and the goo that was us will recombine into new organisms. Perhaps among them, archeologists of a new species will use core samples of Earth’s crust to discover reasons for the demise of dinosaurs and, 65 million years later, for mass deaths among most living organisms of the 21st Century. Maybe leaders of this new species will figure out how they can co-exist harmoniously with all the other organisms essential to the natural beauty of this planet.

But this story does not necessarily have to follow that plot. We have alternatives, which begin at the ballot box.

Today, any elected leader—in one of our local communities, in one of our states, or in our nation—who fails to act forcefully against the present threat to the habitability of our planet, for all living species, is an Environmental Coward. To ignore overwhelming evidence and urgent warnings from the vast majority of the best scientists in the world is willful self-deception and avaricious stupidity. To cower beneath the demands of trillion-dollar cartels in order to remain in elected office betrays the trust of humanity. Such cowardice means these “leaders,” and their greedy handlers in the back room, fear their profits and power will decline if we, their consumer lackeys, cease to gobble up their latest trinkets. To vote for such a coward is to put your signature on a suicide note for the human race.

On the other hand, an elected leader who acts forcefully for a cleaner, safer, and more healthful natural environment in our local communities, in our states, and throughout our nation—Patri, our Fatherland—is an Environmental Patriot. He deserves your vote and your ongoing enthusiastic support.

Above all, however, an elected leader who acts forcefully and intelligently to support and nurture the air, waters, and land throughout our entire planet—Matri, our Mother Earth—is an Environmental Matriat. She needs your vote. When we treat her with the respect she deserves, she offers an awesomely beautiful, incredibly majestic, magnificently healthful environment for every one of us, her honored guests, to live and thrive. 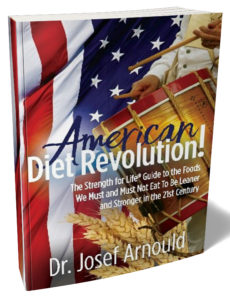